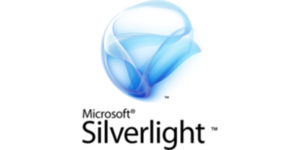 As many of our customers know, the current version of Elements makes use of the Microsoft Silverlight plugin. There is quite a story behind this choice of technology, a story that is now coming to an end as we prepare to release Elements 2019, which removes the need for Silverlight for the Protocols modules (with others to follow rapidly).

Microsoft Silverlight was a plugin (a little like Flash) that provided an environment for developers to write “rich” internet applications. Since a key benefit of Elements is its “user-friendly” interface, it was important to us to be able to produce attractive, usable interfaces for our products.

Ten or more years ago, when we were choosing the architecture for our latest generation, Silverlight was the best game in town. At one time, there was even discussion of presenting our application at a Microsoft showcase in Redmond as a large and advanced example of the capabilities of the plugin.

In many ways, the selection has been justified. The Elements UI is constantly praised by customers and prospects, and the Silverlight framework made it possible to develop features like “drag and drop” form design, as well as powerful grid features that would not have been feasible using other technologies of the day. However, the constantly changing technology landscape is the bane (or joy) of the software developer’s life. Microsoft began to back away from Silverlight as HTML5 began to take over.

Today Silverlight is natively supported only in Internet Explorer. Solutions exist for non-IE users, including desktop “wrappers” for either PC or Mac clients, or “extended support” versions of browsers like Firefox.

Re-developing the user interface for Elements has been a big project, but we’re excited to now start sharing it with our customers.  Stay tuned for more details on this release in coming weeks!