In a recent blog post, we mentioned the importance of having accurate census data and how the TOPAZ Mobile Census application is a key part of this picture. The Mobile Census application has been around, in one form or another, for over 20 years. For a while it was called, rather snappily, TOPAZ Tracks, complete with little paw print logo.  Today, it still runs on devices that use the Windows Mobile operating system, which has been long since discontinued by Microsoft. So, why are we still using it? 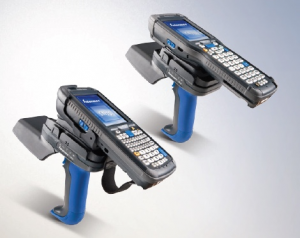 The answer is that the devices are still widely used for inventory in a range of industries. They are still available and they have proven remarkably robust. To date, with only one exception, Microsoft’s discontinuation has not caused any issues. In many cases, customers have a sunk investment into the hardware. For a few customers who work in higher BSL facilities, there may actually be many of these devices. These factors, coupled with the fact that we are always busy here at TOPAZ, means we are still reliant on these devices!

The Mobile Census application itself is actually deceptively complex, which adds to the inertia. While many customers use it “just for scanning”, it can also support RFID, can work in two different “modes” (which we secretly call “smart mode” and “dumb mode”), and can allow optional features like the ability to change cage types on the fly.

The hardware providers who sell to all the mega users (Walmart, Fedex, airlines, etc.) are moving to similar devices based on the Android operating system, which, after a few years of uncertainty, seems to have become the new de facto standard. Unfortunately, the old devices, while perfectly robust, are not “upgradeable” to Android.

In the next couple of years TOPAZ will bow to the inevitable and look to migrate Mobile Census to Android so that we can support the current generation of devices, but until then, Elements will continue to support the Windows Mobile devices for the foreseeable future.