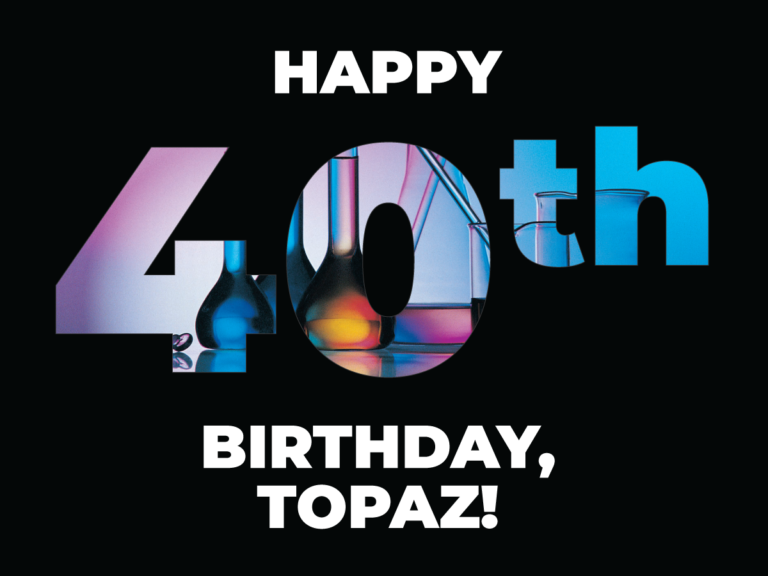 2019 is the 40th anniversary of the founding of TOPAZ! Our predecessor—GCS— was founded in Norman, Oklahoma in 1979, with the first contract being to provide the University of Oklahoma Health Sciences Center with an animal resource cost accounting system.

The company incorporated as GCS (General Computer Systems) in 1981. Census and barcoding capabilities were added in 1990, and one year later we saw the formation of a consortium with seven major pharmaceutical companies. Two years later, GCS released the much-loved GRANITE suite of modules for animal facility management.  There are still a handful of customers using GRANITE, which is pretty remarkable for a software system.

In 1994, GCS moved to Austin to take advantage of the growing high-tech industry in central Texas. Two years after the move, the first Protocol management module was released.

We became TOPAZ in 1998, by which time the ownership of the company had changed. We had also moved offices several times, acquired our first European customers, were busy working on the third generation of our software, and taking our first steps into web-based applications.

During the following 18 years, we went through several more ownership changes, until finally in 2016, we were acquired by Cultura Technologies. (Learn more about our “parents” here!)

We have several staff still with us from the last century. Our QA Director, Brian Clark, takes the prize having joined in 1981. Over the years, we’ve made many friends in the industry, seen people, clients and competitors come and go, and had many adventures—some of which are best left unpublished!

As we enter our 40th year, TOPAZ is in perhaps our best position ever—part of a strong and supportive corporation, with the best team and products in the industry, and fantastically supportive customers. Here’s to the next 40!